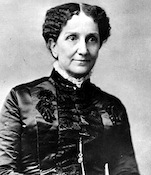 I view religion and rationality as very separate. But with most religious ideas, I can at least grasp why people believe them. However, when it comes to Christian Science, I just don’t get it no-how.

A column on the local paper’s religion page by Adam Scherr urged inclusion of “spiritual care” in health coverage. He says his family “chose spiritual care for one simple reason—it is effective and results-based.” He tells of an arm injury: “Through my practice of Christian Science I was confident that I would see a healing result … I prayed and trusted that healing would occur.” He refused medical treatment.

I too had a recent arm injury, and it too healed by itself. But I hope Mr. Scherr never gets heart disease, kidney disease, cancer, or anything else that just doesn’t heal by itself.

Old joke: a guy stands on his roof as floodwaters rise. A navy rescue diver swims by and offers to carry him to safety. “No thanks,” he answers, “I trust in God, he’ll save me.” Then comes a boat, and he waves that away too; “God will save me.” Then a helicopter: same answer.

Finally, he drowns. Meeting God, he asks, “Why didn’t you save me?”

God sends us doctors. He sends us medicines, and treatments. And Christian Scientists wave them away.

How is that “spiritual” or Godly? To stay healthy, eating food also helps. Christian Scientists don’t refuse food. Why refuse medicine? Because, they believe, faith and prayer is effective, but medical science is all bunkum. That was the doctrine of their prophetess, Mary Baker Eddy, writing back in the 1870s, when the state of medical knowledge was in truth still primitive, compared to now. Refusing to recognize the advancement is absurd. And it’s funny how the extreme skepticism Eddy’s followers still exhibit toward medical science turns into extreme credulity when it comes to prayer.

The prehistoric average lifespan was twentyish. As late as 1900, it was only 31, worldwide. Today it’s about 67, and nearly 80 in developed nations. Christian Scientists hold that faith and prayer, not medical treatment, are the keys to health. So the huge observed improvement in health and longevity must have occurred because people in the last century became so much more spiritual and prayerful—especially in developed nations. Right.

A scientific study by W.F. Simpson has found that Christian Science believers – despite healthier life styles in some respects, e.g., regarding tobacco and alcohol – had significantly shorter lifespans than a comparable non-CS control group. What a surprise.

But I suppose that if you believe you’re going to Heaven, then dying sooner is no bad thing. Maybe that’s the rationality of Christian Science: getting to Heaven quicker.

My libertarian instincts say let them. Unfortunately, there is evidence (click here) that Christian Science beliefs have (for obvious reasons) helped spread contagious diseases. And then there’s the issue of their children.

First published on The Rational Optimist.