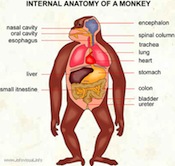 There is a tiny area at the back of my head where I run mental jobs that are the human equivalent of background tasks. I can poke them back there to run on their own, and they pop out with a “DING!” when they have something to say. Some of them have been there for years; they keep dinging but still need more work, so I put them back.

One of those recurring background tasks is my putative replacement for the Freethinking Unitarian church I so loved, and which has now gone the way of jee-sus. But it is not just for me; it is for everyone who would like to have a churchlike place but can’t find one that fits. I don’t know if my vision of such a place would work for everyone, but I am willing to lay out the basics of what my Humanist church would look like; you can try it on and see how it fits.

Such a place would be fairly small, perhaps a few hundred members, most of whom would be less active than the real regulars. It is that way at almost all churches, and at (for example) a Grange. In my ideal, all members would all have Humanist ideals, which leaves membership open to almost everyone, leaving out totalitarian dictators and people who believe the Earth is 5,000 years of age.

One can see such a place having a regular meeting or three every week. Perhaps one of those would have a speaker, just one of the members, who would try to be instructional in some are of Humanist concern. There are many, many of those areas. Perhaps another would be a book club meeting, and another a yoga class, or maybe an action committee for local Humanist causes needing help.

After a while, everyone would know everyone. Nobody would like every one of the others, but perhaps they could manage respect across the board. There would be opportunities to socialize, perhaps small member-hosted dinners and a large party at New years and maybe the Fourth of July. Small groups would form and re-form, making coffee hour before and after meetings an evolving wonderland of conversation.

Ideally, they would be a diverse group, in all ways. When you needed an auto mechanic, one of the group would have a name for you. When you wondered what it was like to be an Iraqi under Saddam, you could ask one who was two tables down. When you were sick, some of the members would call, or come see you. When someone needed help, you would be likely to volunteer.

So, after all this popping into the foreground, my background task on Humanist “churches” has come up with a lot of detail. The problem is, if there is one, that this Humanist “church” of mine sounds suspiciously like a Unitarian Universalist Fellowship.