This is The Question – the great question. Our universe began in a Big Bang, but why was there a Big Bang? Or are such bangs routine events in an eternal multiverse? But if so, why is there such a multiverse?

We could understand everlasting nothingness – a “universe” devoid of matter or forces or even laws of physics – a non-universe, a default state, of non-existence. But why isn’t that what obtains? How could non-existence ever bring forth our universe, so rich with existence? Or else, how could it exist without ever having been started?

So are we all in the same conceptual black hole of getting something from nothing? Well, not quite the same; at least for the universe its existence is a certainty.

And we do have an answer – sort of – for why it exists. Lawrence Krauss, a prominent science writer, in his recent book, A Universe From Nothing: Why There Is Something Rather Than Nothing, does claim to explain it. 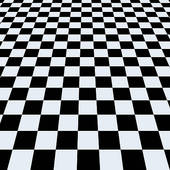 His answer lies in quantum mechanics. Existence, before we even talk about matter (i.e., particles), plays out upon quantum fields. Fields are the underlying “fabric” of the universe; most simplistically, a field might be analogized to the checkerboard upon which checkers is played. The field configuration governs how particles behave, and even what particles there are. A field hosting no particles at all – i.e., nothingness – would be called a “vacuum state.” However, says Krauss – this is the nub of his argument – the laws of relativistic quantum field theory tell us that vacuum states are unstable. Such a state of particlelessness cannot persist, but must devolve into something else. Thus particles (i.e., matter) must exist.

In the face of this, Krauss says, theologians and some (non-scientific) philosophers respond by moving the goal posts – redefining “nothingness” from the scientific understanding (sketched out above) to some sort of idealized (and more profound) nothingness. They can always say that nothingness as defined by science is not as empty as their nothingness, so science could never be right.

David Alpert – a philosophy professor – reviewed the book in The New York Times. Quite simply, he says, Krauss is wrong and the theologians and philosophers he faults are correct.

To see why, you have to step back one level. Krauss would be right if the quantum field paradigm he invokes were indeed a fundamental property of – I want to say “existence” here, but really need a broader word that takes in both existence and/or nonexistence, whichever one of them obtains. Quantum fieldism may indeed be a fundamental property of our existence but, as Alpert says, a true nothingness alternate would be not vacuum state fields, but no fields at all.

But even supposing he did – being able to trace quantum-mechanical laws back to some still deeper property X embedded in existence/nonexistence – as Alpert observes, shouldn’t we then ask, why X rather than not X? Is there a last such question? Or is it an infinite regression?

I thought Alpert’s review was fair until the final paragraph, where he says that religion concerns important human issues, but “all that gets offered to us now, by guys like these, in books like this, is the pale, small, silly, nerdy accusation that religion is, I don’t know, dumb.” (His emphasis)

Oh please. The humanistic concerns Alpert invokes are simply not at issue here. But Krauss was endeavoring to answer the greatest cosmic mystery, by applying to it our best scientific understanding. Surely that’s a worthy endeavor. If Krauss hasn’t provided a fully satisfactory answer, it’s a lot better answer than religion has ever offered. (“Turtles all the way down”?) And though quantum mechanics may be counter-intuitive in many respects, yet it has so far withstood the test of scientific falsification through experiment. Religion never has; it’s just fairy tales. Which of the two can be called “silly”?

Even though he does oversell his argument, at least Krauss is on the right track. The universe is not some woo-woo construct of occult origin, conjured up by some imaginary conjurer (from outside the existence he conjured). No – it is natural, not supernatural; the very notion of non-naturalness is incoherent. And if it’s natural, it’s explicable. The explanation may still be way beyond us, but it must lie somewhere along the lines Krauss talks about. Someday, we’ll get it (and it won’t be from theologians).