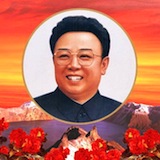 In my recent debate (“Is faith necessary for ethics?”) the Christian representative argued that, if religion is guilty of some crimes, atheist regimes like Hitler’s and Stalin’s have been even worse. Yes, playing the good old Hitler card.

First, the Nazi regime was not atheist. Hitler frequently invoked God, he was a declared Catholic all his life, and never left the church. And the Vatican never excommunicated him, nor ever even uttered a word of criticism.

As to the other totalitarians – Stalin, Mao, Pol Pot, and the like – this is all really just religion under a different name, with all the attributes including worship of a God figure, an absolutist ideology of revealed truth, and a willingness, nay, a zeal, to punish and kill heretics and apostates.

I have a magazine called China Pictorial which I was sent in 1966 because as a kid I was silly enough to write to Mao Zedong. It is full of pictures, and not one – literally, not one – doesn’t have Mao in it. Tell me this is not religion.

Do you know who the president of North Korea is? No, it’s not Kim Jong-il – it’s his father, Kim Il-sung, who’s been dead for 15 years. The country’s chief occupation seems to be worshipping the father and the son. They’re just one short of a trinity. Tell me this isn’t religion.

None of this is at all what humanism is about. Humanists reject religious dogma in all its forms, and instead want every person free to seek his or her own path. And the one country that most nearly conforms to that secular humanist ideal is the United States of America.