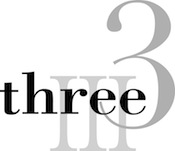 I didn’t really intend to review the Manifesto again, in detail, though I suppose that will happen as I review this series, the responses to it, and my thoughts in retrospect. All experiences are interesting, from one end of the spectrum to the other; this is not one I would particularly put away for safekeeping in a box, but perhaps some lessons can be learned from it.

The Humanist Manifesto has always struck me as neutral. It lacks the force of many such documents, perhaps because it was written more or less by committee. While the values and qualities that it brings to mind are good ones, it never seems to really say anything to my spirit. However, if looked at the right way, it can evoke worthwhile thoughts in ones mind. Just because it is not dynamic does not mean that it is useless.

And, in fact, the list begins begins with an excellent thought, though not phrased in an exciting manner. Empiricism is a much better value set than that espoused by popular religion. Believe what you can see, what is provable, and is accordance with the scientific method. There, that was not so hard! Pluck a bit of positivity out of something both unexciting and neutral! It is, after all, a positive statement. Rather than say true believers have decided on a course of mysticism and magic, it provides a logical alternative, meant (I think) to prod all human beings to go the way of logic, without calling anyone names. A good start.

That continues through the next two items in the Manifesto III list. First, placing Humanists firmly in the camp of evolution, and acknowledging our belief in evolution, without once calling anyone a creationist scoundrel. Next, the espousal of ethical behavior as defined by observation and results of action, again promoting positive means to a goal rather than calling to task those who would prefer the ten commandments. Both of these contain excellent advice, even if they do not quicken the spirit. In retrospect, the first three virtues of the Manifesto are oh-so-much much more meaningful than the first three commandments.

After that, it clearly begins to go downhill. The final four values espoused by the 2003 manifesto seem to belong more to the self-help morass of the seventies. Still, they are positive, at least, though not much more than that. I would prefer to be motivated more and provoked  to deeper thought, or even to be stimulated by striking words and phrases. This is not to be in the case of this document; written by committee, it lacks any vestige of these properties.

Still, it served my purpose of positivity. All seven of these Humanist virtues, after some investment of thought, came out on the positive side of the ledger. Taken together, they are not an unreasonable prescription for ethical behavior; loose rules for a life well lived, though not excitingly lived. In the end, though, this Manifesto was meaningful to me almost entirely from the neck up. I would prefer something that is both positive and stimulating. We probably need a new Humanist Manifesto.

And if we get one, I would propose that it have something to say of our visceral selves, not just our intellectual selves. Perhaps I just have my rose-colored glasses on crooked, but it seems to me that something intending to evoke humanity would want to make it a full-body experience. Logic must inform us in our decisions; passion and pleasure must inform us in the joys of life.

As I went through this exercise, I was able to enjoy looking for the positive aspects in something that has always struck me as essentially so-so. There are very good points in this third manifesto, imparting meaning even as it tries to put you to sleep. After so much time spent describing the ills of society, it did feel good to find positive things in unexpected places.

Further, it was nice to find those positive things stated in positive ways. Nowhere among these seven items will you find anyone being taken to task for having the temerity to hold an opinion that does not match those of Humanists. Instead of negative campaigning against religion, the Manifesto at least manages to keep everything above the belt.

That said, I was surprised by the intensity of the reaction against my having said that there were positives to be found in surprising places, for example the 2003 Humanist Manifesto III. That was after all, my premise, clearly stated up front. Rather than trying to stay in a positive vein, commenters tended to be negative in tenor. Some, from a newly arrived troll, were bad enough that I deleted them. To be honest, I didn’t really expect any responses at all.

Further, it didn’t seem to matter whether I responded to replies positively or negatively. The tone of the responses to my responses, and to the next installment in the series, continued to be largely negative. I’m not exactly dumfounded, but it was a bit surprising. There are many possible reasons for this:

1.  The Humanist Manifesto of 2003 was the worst manifesto ever written and distributed. The competition is so incredibly stiff for this designation that I don’t really believe that is the problem.
2.  No one read my essays closely enough to recognize what I was trying to do. Since my prose is less than riveting even when writing about great subjects, this may be it.
3.  People have become uniformly ready to tear something down in order to build a monument of their own in the space that I am occupying. Also a possibility.
4.  The only people that ever say anything substantive in reply to blog posts have only negative things to say, while the people that agree do so quietly. Also possible.
5.  People are upset with being constantly marginalized by society, corporations, religions, politicians, and so on that they tend to reply first with anger, coming from a deeper sense of frustration. I think this is quite likely.

I’m sure there are many more possible motivations for anger, but those are the big ones. In looking through that list, I don’t really find anything that is in keeping with any of the values promoted by any of the Humanist Manifestos. If we lived in a Humanist fashion, we would be less frustrated and angry, and in the end would be happier people, which is part of what the third manifesto tried to do.

None of this means that I am unhappy with the commenters. I don’t have a problem looking at this issue objectively. But I’m also trying to make a point, one which you will find repeated in many of my responses to this series. That point is that we, as unbelievers, will only win over other people to our ranks is we treat them like people, instead of treating them like enemies.

There are enough commando-atheists in the world at this point. Like the rest of the stars of our society, whether political, entertainment or sports, they have lost contact with all other parts of the planet. They have won over many of those who were leaning in an unbeliever direction anyway, and have been moved from a general dislike for religions to a named and popular anti-religion made cool by scholars who treat people as if they were idiots much of the time.

I suppose if that is what Atheism is becoming, it may be why I am finding being a Humanist a better option every day. At least the Humanists feel, as I do, that people are not the problem; people are the victims of the problem. Organized religion is the problem, having lied to all those who believe, instead of honestly saying they’re in it for the power and the money.

People are just people. Although people that root for a different sports team than I do are not quite as hazardous to world health and well-being as people who believe in a god that I do not, much of the tension is the same. When we start belittling the people who have been bilked, instead of taking aim at the religions that did the bilking, we are throwing away any chance that we may have of winning the hearts and minds of the moderate believer; they will dig in their heels and back away as fast as they can; no one likes to be treated like an idiot.

Therefore, as a part of trying to be positive whenever possible, I will try to limit my negativity to those who throw it at me first, if then. As long as a person can demonstrate an ability to think critically and reason in one or more situations, I will do my best to treat them well; if they disagree with me, I will try for as long as I can to believe that they have been both trained and educated wrongly, and that the best way to help them is to try to educate them, a path that does not generally call for cruelty.

I had a friend in high school that summed up his learning philosophy by saying, “You can’t teach a dumb person nuthin’.” To this end, I believe that after someone has proven unable to listen to reason, or unable to fall back on any response except “Because god says so!” I may be less polite; at that point, it is clear they are beyond redemption. But until that point, I’ll work on the positive. I may not always be successful; I’m just a tiny piece of protoplasm hiding out in the backwater of the universe.

But at least I’ll be trying.