“Spirituality” is not my favorite word; it’s mushy, and connotes antithesis to rationality. But lacking a better word, it does capture something people experience, and seem to desire. We want to feed not just the mind but the soul (another problematic word; I use it metaphorically). We want to transcend the mundane; to apprehend something greater, something deeper.

Religion scratches this itch, providing a dose of the ineffable. Its ceremonies do this very well –having evolved over centuries to exploit spiritual cravings. However, religion’s informational content has become anachronistic. It may have sufficed in pre-scientific times when we lived quite naively vis-à-vis the natural world, but today we know better.

So, while people won’t likely become cold materialists and give up spirituality, they’re bound to move beyond the fairy tale vessels in which conventional religion carries those feelings. But what will replace religion’s leaky vessels?

Spirituality has often been expressed through “big think” cosmic notions – the most grandiose of grandiosities – like God, the nature of the Universe, the meaning and purpose of it all. But spirituality doesn’t have to entail “big think” which, if you really ponder it, is irrelevant to our actual lives. Grasping (or imagining that you grasp) some deep cosmic truth is entirely beside the point when facing nitty gritty issues of living, how you will interact with your partner in the bedroom, or your boss at work. You don’t have to worry about how creation occurred; only how to get from Point A to Point B in your very tiny corner of it.

That might sound like the mundane stuff spirituality wants to transcend. Yet while “big think” may be one portal to spirituality, it’s not the only one. There is plenty to get spiritual about in the smallest, most quotidian aspects of reality. 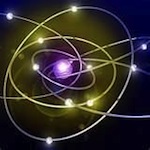 Talk about small: what is reality anyway? How it is constructed at the most basic, infinitesimal subatomic level is the subject of quantum mechanics, which we don’t completely understand yet. If you’re looking for deepness, try studying quantum mechanics and contemplating that deepest essence of reality. There’s still profound mystery in a grain of sand.

Many people get spiritual feelings from nature – seeing the transcendant in a fruit fly or flower petal. Though some religionists resist evolution as breaking the magic of godly creation, it actually has its own magic. If you want to feel part of something larger than yourself, evolution tells us we are literally related to every other living thing. Your several-million-times-great-grandfather was a fish. That fact is more awesome than biblical creation because it is a fact.

Then there’s yourself. Forget God and eternity. What matters is who you are, not who or what God is. If you want an ineffable mystery to get spiritual about, try wrapping your mind around your own conscious existence. What does it really mean to be who you are? Is it like having a captain inside your head, manning the controls? But wouldn’t he need a captain of his own, in his head? And so on. This has bedeviled philosophers forever. Surely spirituality can be accessed not only by looking outward to the cosmos, but also by looking inward. And while trying to understand God is a waste of time, to understand yourself has, in principle at least, greater promise and is certainly worth pursuing.

These are just some suggestions for alternative spiritual vessels. In my own case, I am about as materialist, philosophically, as one can get; but it’s not cold materialism. I feel what Eric Hoffer called The Passionate State of Mind. There is plenty about life, the actual life we live here on Earth, that profoundly stirs my “soul.”

Like when I recently read about experiments enabling a quadriplegic to lift a cup to her lips, with an arm controlled by her brain waves. That gave me a profound jolt of feeling – indeed, a rich complex of feelings, of being part of a vast sublime enterprise called humanity. Or when I see in the sky a straight white line. We are transcending our fleshly limitations, not by anything supernatural, but our own collective, indefatigable and titanic efforts. That’s what I get spiritual about.

Some other guy might be unmoved by such things, while being sent over the moon by the Dolphins winning the Whatever Bowl. That’s fine. Different strokes for different folks. So am I suggesting some spiritual equivalence between rooting for the Dolphins and worshipping God? Of course not. There’s a big difference. The Dolphins exist.

But I am not trying to cobble together here a new kind of religion. The last thing we need is to replace old dogmas with new ones, that everyone’s supposed to imbibe. No – not a new universal catechism but, rather, each individual finding his or her own unique vessel for spirituality. 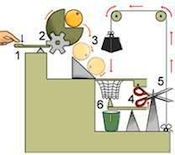 The point is to shift from the leaky vessels of religious faith into ones shaped by what’s real. Faith requires Rube Goldberg mental  contortions to wrestle with its absurdities. Many believers, deep down, see this, and hence experience not uplift but disquiet. In contrast, my spiritual response to the quadriplegic experiment was something pure and true. Moving from the one kind of spirituality to the other can only mean living more authentically. We’ll be the better for it.

We don’t need fairy stories to get our fix of spirituality. I am confident that in due time humanity attain the greater maturity I envision.