Francis Fukuyama’s 1992 book, The End of History and the Last Man, taught me a lot about the world. In 1999, he authored The Great Disruption.

This refers to the current, and third, major discontinuity in humanity’s way of life. The first was the emergence of agriculture; second, the Industrial Revolution; and now, transition to a more highly technological, “information society.” Each entails social disruption. Fukuyama sought to assess those consequences of our current civilizational upheaval.

He recognizes a lot of the downsides, in terms of what he calls “social capital,” basically characterized by levels of trust, order, and moral values, all of which are put under stress by the alteration of past societal norms and verities. It is indeed easy for social critics to lament everything seemingly going to Hell. But Fukuyama firmly rejects what he considers such a one-sided view.

The book’s basic thesis is that while “the Great Disruption” is indeed destroying a lot of it, social capital is not something merely handed down to us by our forebears, that we can either conserve or expend as the case may be. Rather, human beings are biologically programmed as social animals, adept at creating ever new manifestations of social capital, in continual adaptation to the circumstances in which we find ourselves.

Thus, while Fukuyama recognizes some ways in which morality has seemingly been undermined by our third big transition, he doubts this actually represents a permanent degradation of human moral values. “Both nature and rationality,” he says, “ultimately support the development of the ordinary virtues like honesty, reliability, and reciprocity that constitute the basis for social capital.”

The rise of free market capitalism, in particular, is widely seen as destructive to social capital and morality – “everything reduced to money” and so forth. But here too Fukuyama stresses the other side of the coin, arguing (as did Adam Smith) that, in fact, market economics promotes ethical behavior and trust, because market participants can thrive best if they are perceived by others as ethical and trustworthy. (This is indeed crucial in my own business of dealing in rare coins.) I would add that the ultimate touchstone for what is good or bad in moral terms is human welfare; and market economics enables more people to improve their welfare by giving them the money to do it with. Poverty is not moral. That is the deep ethical dimension of a free market economy.*

Fukuyama also flatly rejects, as absurd, the idea that declining religiosity must mean a fall in morality. Human beings, he argues, actually derive moral values from other sources.
While religion is definitely in retreat in the West (especially in Europe, but even in the U.S. too), some might say that globally it’s not, and may even be surging (especially among Muslims). In any case, Fukuyama is right that there’s no correlation between religious belief and moral behavior. 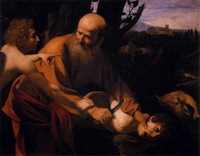 This begs the question of what is meant by “moral”? Some think the Bible is the rulebook. But in fact, while the Bible is stuffed with rules, practically none have any arguable moral or ethical import. Whether you eat shellfish is not a moral issue; it’s merely a question of following some arbitrary rule in an archaic book which may or may not have once had some probably misconceived rationale. And, regarding the few Biblical directives that do concern real morality, most of them actually get it wrong. It is not moral to kill a child for speaking disrespectfully (Leviticus 20:9), or to kill homosexuals (Levit. 20:13), as the Bible commands. It is immoral. As is slavery, warmly endorsed in the Bible (Ephesians 6:5). God’s role in the story of Abraham and Isaac was monstrous. Much of what God commanded Israelites to do would today be labeled war crimes and genocide.

(And if morality comes from God, how does HE determine what’s right or wrong? If he has reasons, then those reasons would be enough to ground morality for us too, and God is merely redundant. If he has no reasons, and his morality is just arbitrary, what is the virtue in obeying it? We can do better.)

After a lifetime of pondering it, I believe that all of morality boils down to a single precept, with all else being corollaries. The precept is, harm nobody without just cause. To the extent the Bible teaches this (in a few isolated sentences, rare exceptions to its general barbarity) – fine. But we don’t need religion for this. It comes from our reasoning minds, and is actually wired into our brains by evolution.

* If you are sniggering here, “What? Capitalism makes us poorer,” you are woefully misinformed. Click here! (.PDF)