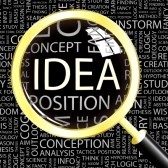 He says current American divisions are rooted in fundamental differences about what makes a belief believable. Lynch sees a problem of circularity in validating reason by using reason, with all beliefs thus ultimately premised on something arbitrary. Nevertheless, he argues for the importance of defending reliance on reason as an epistemological position, and the need for a “common currency of shared epistemic principles” for discussing such divisive issues. (“Epistemology” concerns how we know things.)

I was reminded of an episode in Rebecca Goldstein’s novel, Thirty-six Arguments for the Existence of God – a Work of Fiction. In a formal public debate on whether God exists, the “yes” advocate argues that when one relies on reason and science, it is because one has faith in reason and science; that’s ultimately no different from religious faith; so reason and science stand on no firmer foundation than religious belief. At bottom it comes down to faith either way, so take your pick.

This is indeed a commonly heard argument. But it’s a semantic flim-flam. The very definition of religious faith is belief that is not grounded in evidence. And this is an exception from the normal way in which brains work. All brains – animal brains too – work by gathering factual information from sense organs, and then drawing logical inferences from that information. If you hear a growl, smell a liony smell, and see something large moving in the underbrush, you deduce it’s probably a lion. This is reason.

You don’t believe in the lion’s existence as a matter of faith but, rather, because it’s rational. And to say that one has “faith” in this kind of rationality is merely to say that there is no other way in which thinking can occur. Or at least coherent thinking. It’s no analogy to religious faith.

Put another way, we believe the lion is lurking not because of any faith, but because we have reasons. And we furthermore have reasons – excellent ones, in fact – for relying on that kind of thought process. Let me be more specific:

First there is the power of logic, and the concept of cause and effect. All men are mortal; Socrates is a man; therefore Socrates is mortal. This kind of logic is not some mere human construct. It’s woven into the fabric of the Universe. It’s not even possible to conceive of an alternate Universe without it.

Secondly – while we know that rationalism can sometimes lead us astray, because our senses are imperfect at gathering information, and our brains are imperfect at processing it – and perhaps some questions can’t be resolved that way – nevertheless, experience teaches that rationalism produces the right answer in the overwhelming majority of cases – on questions like whether there’s a lion in the bushes. Other types of issues, that rationality (at least arguably) cannot resolve, are a very small part of daily human life.

Religious believers don’t reject any of this. To the contrary, the great bulk of their own day-to-day mental functioning employs exactly this rationalist model. It’s just that when it comes to religion, they carve out a seeming exception.

Here’s why I say “seeming.” It is in the nature of our brains, and of all thought, that we have reasons for what we think. (Again, cause and effect.) And this includes religious belief. The believer may insist his belief is premised on faith rather than reasons, but that cannot be so. The question becomes why have the faith? There must be reasons!

It is true, once more, that the very concept of faith entails belief without regard to evidence. Yet still the question is why someone chooses to opt for such faith in the first place. There must be reasons. To say “I believe because I have faith” is mere tautology, explaining nothing.

So in the novel, the debater’s “faith in reason” argument actually has it completely backwards. It’s not that the nonreligious have “faith” in reason – rather, the religious have reasons for faith.

But what are those reasons? Believers do often claim that there’s something about existence that they view as evidence for God. But few people actually move from such “evidence” to faith, it’s the other way around; they start from faith and then look for ways to rationalize it. People are very good at rationalizing reasons for believing the things they already believe.

But meantime the biggest true cause of their faith is simply that they’ve been acculturated to it. Parents, community, society, pushed the belief, so you just go with the program. They said the Bible is God’s word. What were their reasons for believing it? Their parents and community believed it. And so on back. Had you been born into a Hindu, or Muslim, or Wiccan community, it’s overwhelmingly likely that your faith would attach to Hindu, Muslim, or Wiccan beliefs (and you’d find ways to rationalize them).

In the end, it’s not faith versus reason, it’s strong reasons versus weak ones; it’s embracing the evidence of reality versus abjuring it. And the persistence of the latter suggests that those who say human reason is fallible may have a point after all.

First published at The Rational Optimist.