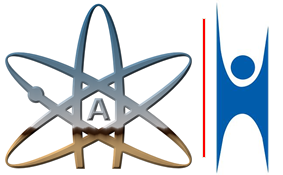 If you are an atheist, and find the title of this essay provocative, it is not entirely an accident. I have a point, and now that I have your attention perhaps you will listen while I make it.

Religions have survived over the millennia because they thrive on boundaries between the “us” and the “them”. This applies in spades to the three great monotheistic ones. Christianity and Islam not only have evolved elaborate rituals and behavioral requirements to provide instant identification, they have provided motivations for some of the bloodiest wars of all times, against each other and others. They proselytize vigorously, and maintain severe sanctions against anyone who renounces their faith. Judaism doesn’t proselytize outside its own turf but strenuously maintains its separate identity, and has lately evolved one of the more toxic forms of religious separatism, in Israel. Other religions are less successful at proselytizing and sometimes are less consistently combative, but in virtually every case they demand faith from the individuals comprising their following. What that faith consists of varies widely but in all cases it rests on this assertion: I know such-and-such is true, even though I cannot prove it!.

All right. The most important difference between atheists and humanists, for me at least, is that atheists know that there is no God, while humanists adopt more of a “show me” attitude. As a humanist, I have always remained unconvinced by miracles and persuaded that the articles of faith demanded by the world religions are hogwash. But I am convinced that despite our success in figuring out how the world around us works, we still don’t know enough to be sure there is nothing further that can fundamentally alter our understanding of ourselves and the universe we inhabit. If someone produces something that appears to be a genuine miracle I shall approach it with great skepticism and wait for the experts to prove it a fake. If such proof is not forthcoming right away I’ll remain skeptical while we dig ever deeper for rational explanations. Meanwhile, if someone like Teilhard de Chardin comes along with a serious effort to reconcile faith with non-faith by speculating about that which we do not yet understand, I’ll respect his or her intentions even though I’ll probably misdoubt the conclusions.

The atheist movement in our country is beginning to flourish, especially among younger Americans, because it clearly identifies “us” as not just non-believers, but also as deniers. Atheists are certain about the non-existence of God, and wear it as a badge of their identity. Their non-belief is an article of faith and as such serves much the same purpose as the more positive beliefs of the Xtians or Muslims. It’s a specific fact that members of a group rally around to prove they all belong.

We humanists by contrast are comparatively wishy-washy. We don’t “believe” in much of anything, but we are correspondingly reluctant to insist on the impossibility of anything either. Except, most importantly, the biological fact of our common humanity, which we accept as basic to our world view. We do have a home team, we will root for it, but it isn’t just a portion of our species, it’s all of us.

From an evolutionary point of view, we humanists have the best long-term chances to survive and eventually take over. Let the atheists have their fun denying. Atheism is, in the long view, just an adolescent form of humanism.