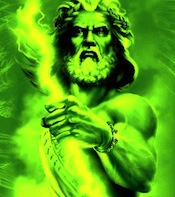 Once again, I have been reminded of the incredible vanity and violent nature of that old white-haired Christian mirage in the sky, seeing two churches (one Lutheran, one generic Christian) in one day displaying the message “Never Forget” on their outdoor message boards. The reference, of course, is to 9/11, that action spurred by a false Arab god (as identified by the Christian false god) which resulted in so many deaths in New York City.

No decent person is happy to see anyone die in an incident such as that one. It was sneaky and underhanded, not to mention callous and uncaring, as is all terrorism. However, 9/11 was committed on behalf of that other god, much followed in the Arab world, so it is singled out by Christians for damnation, just as many Arabs single out Christians for killing so many more people during the American occupation of a couple of countries in the Middle East. Let’s not even get into Israel and the East Bank.

The only clear message from any of this is that religions are mightily involved, as they have been for many thousands of years, in the incitement of men of one religion to kill and maim men of another religion, perhaps the ultimate example of how all the psychotic gods feel that we should treat The Other. How many people die every year because religion is the tool of political leaders doing their best to make a buck for their constituents in the military-industrial complex?

This is an area in which not much has changed for centuries, in which churches teach hatred, in which violence is advocated from the pulpit, in which the young of every country die, and by which large and small corporations profit. Men and women of all faiths should have the courage to rethink their previously unthinking acceptance of the illogic of violence and revenge.

It is both despicable and shameful, and unworthy of those otherwise good people that follow such clerical teachings blindly.