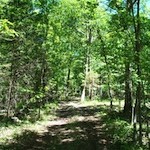 When I posted last, it was about the first inkling that I had that the common god was not for me, an artifact of the supposition that god was both all-powerful and good, and the obvious illogic of those suppositions in actual practice. That is to say, the god with which I was being presented in church was clearly not a force that was operating in the real world.

What struck me as I analyzed this again was how much more true this contrast was today than it was fifty years ago. Either because the world has grown to contain more evil, or because we are more aware of the same degree of evil, or both, the difference between the purported magic of the common god(s) and the rampant ills of society is much greater today than in the plain vanilla 1950s.

It should thus be easier to see today that a good and all-powerful god would not let her people suffer so, yet suffer we do, at a greatly magnified rate. It should, indeed, be easier to see that we are but a flawed species, doing ill on our own without benefit of clergy or deity, looking for some way to stem the flow of evil but being unwilling to make it so personally. And, because we are flawed, many of us choose to find a way in the invented magic put forth by organized religion as faith.

The greatest of those, of course, is the magic of a god that tells us that we never have to die, that if we follow her godly, warlike, unkind and otherwise not positive advice, and especially if we cower before her without proof, we can go to another magic place called heaven instead of perishing forever. That is to say, at the root of things, most people choose to believe in the magic supplied by god and heaven because they are afraid.

Fear is not hard to understand, yet it is difficult to defeat. It is easier to disavow logic and embrace magic than it is to strive to defeat our fears and deal with the facts as they really are. All of the living things around us, from the tiniest insect to the mightiest tree, live a measured life, then die and are gone forever, in material terms. If one is unable to cope with this most basic fact of life, one must submit ones self to a life of illogic and fear, with only the magic of religion to fall back upon.